Achieving my dreams, not giving up on them.

Besides my family and my loved ones, the most important thing in my life is achieving my dreams, not giving up on them. My dream is to become a successful artist, to work for the things that inspired me as a child.

The first thing I ever drew—I was 6 or 7 at the time—was an Asterix and Obelix illustration. Since then, I've always been drawn to comics.

My jumping point was a series of minimalist Marvel posters. I didn't have the time to do it at home, because it was a really tiring job but I worked on my posters whenever I had some free time in my job. I'd put the 300% zoom in Illustrator and work with the colors of the company logo so that everybody would think that I was working on something for the company.

I'd go to that extent to achieve what I want, because I'm a really passionate person. I really want to do what I believe in.

I did those posters purely out of love for comics and illustration and design. I posted them on my Behance profile, and I started receiving people's praise about them. People wanted to buy them, people wanted to hang them in their offices and their homes... It was crazy, I mean, when something like that happens, and I'm sure other artists can relate to that, it's unbelievable.

I never gave up on my passion... If I had to give advice to other creatives, it would be: Don't give up! Never give up. And never be satisfied with mediocre. Do what you're passionate about.

Although sometimes, you have to say "it's good enough", because it makes room for your other dreams.

Every time I am interviewed, I say that I'm about to start a comics series. It's an idea I've had for some time now, and I don't actually have the time to do it. I guess I'm not good at making compromises, because I still haven't started my comic yet!

Guardians of the galaxy

Poster designed by Marko Manev as a tribute to Marvel / James Gunn’s “Guardians of the Galaxy” for the Poster Posse’s Project #9. 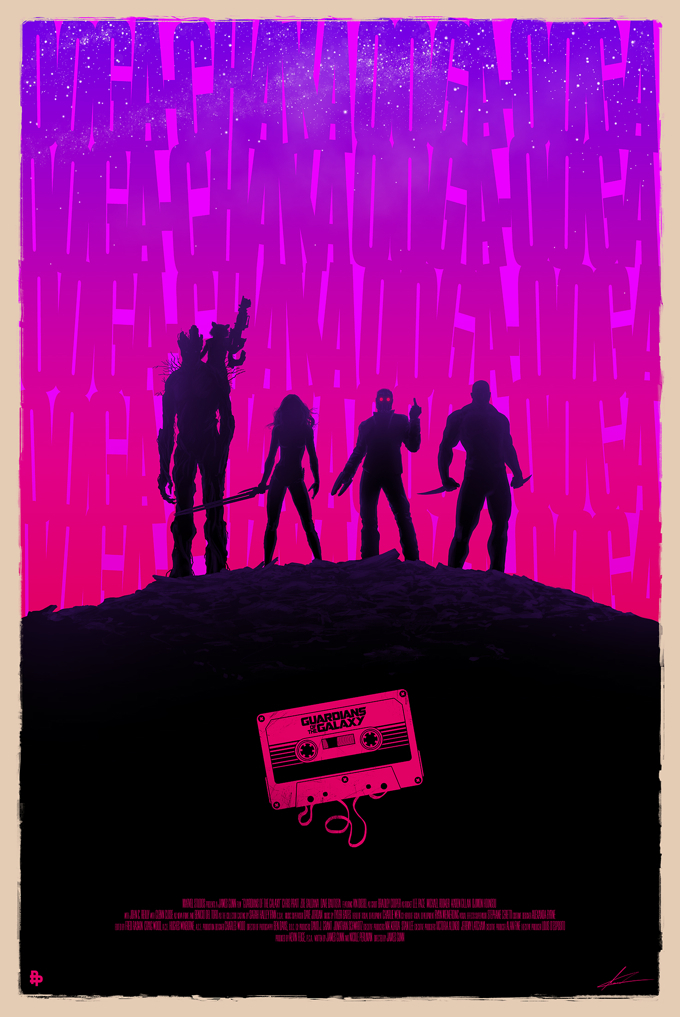 Help us spread the word

PS: We think Marko deserves it. Don't you?

What good thing can I do today?

The art world takes itself too seriously.

Our hard times define us, that's where the learning happens.

I don't think I have a sort of mission because I'm an artist.

Ready to tackle the world.